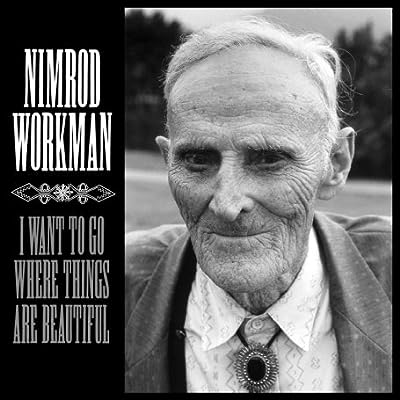 On today’s show I speak with Nathan Salsburg, curator of the new record label Twos & Fews. Their first release is entitled “I Want to Go Where Things are Beautiful” by the legendary Kentucky/West Virginia singer, coal miner and union activist Nimrod Workman, recorded by Mike Seeger. Nathan talks about the new record and new record label he has created as an imprint of the Chicago record company Drag City.  He is also the production manager at the Alan Lomax Archive, he talks about his work there and plays some of his favorite finds from the archive’s vaults.

Click here to order a copy  of this excellent new CD!

Check out the Nimrod Workman Feature Episode of DHR from May of ’07 to hear more of his recordings.

Here’s a selection from Nathan’s notes to the album:

“I’m really excited to be starting with this record of Mike Seeger’s recordings of Workman. I first discovered Nimrod while digging through Lomax’s record collection in 2000. Came across a 45 that was released on an Appalshop-related imprint called Dillon’s Run, and featured what have become – if anything can be so-called – Workman’s most famous compositions; namely, “42 Years” and “Coal Black Mining Blues.” The cover portrait of the man, his face stricken with deep rivulets, like a parched and lonesome scrubland, attested to his many years spent underground and along the picket line, and was a visual correlative to his eerie, bristling songs. Those songs floored me. I had never heard anything as starkly intimate and honest, bearing not a trace of romanticism, born as they were of decades of personal experience and hardship. I’m not indulging in hyperbole when I say that they scared me, and made me chilly and uncomfortable. But though they might have slightly repelled me, I was deeply moved, and with each listen they didn’t necessarily soften up, but I began to ken their inherent warmth.

I listened to that 45 into the ground, and eBayed for more, winning easily (as the only bidder) copies of Nimrod’s 1978 Rounder LP “Mother Jones’ Will” and his “Passing Through the Garden,” a record he made with his daughter Phyllis Boyens (now Boyens-Liptak) for Appalshop’s newly launched June Appal label (1974). They lightened my impression of Nimrod a bit, with their inclusions of the tongue-twisters and nonsense songs that Nimrod obviously loved to sing. By that time I had become friends with some of the Appalshop crew, and they passed on a VHS of To Fit My Own Category, which is a beautiful, if spare, portrait of Nimrod as singer, ginsenger, and father. And then I spent time with Lomax’s raw footage of Nimrod, shot in 1983 (a year after Mike Seeger made his first recordings) at Nim’s home in Mascot, Tennessee, near Knoxville. Portions of that footage appeared in Dreams and Songs of the Noble Old, one of the six films produced for Lomax’s American Patchwork PBS series, and to watch Workman ease his way one moment through his seven-minute “Lord Bateman” (which he called “Baseman”), accompanied by his elaborate and unique hand gestures (explained on our album), to drop to the floor to show off his spider walk the next, was a happy thrill. The fearfulness with which I heard his most mournful performances and beheld his visage was replaced by both intense respect and affection. He had survived brutal social and occupational conditions without sacrificing his pride, his anger, or his allegiance to the good fights for equality and justice. But nor did he surrender his childlike mischievousness and his obvious love of hilarity and the absurd…” READ THE REST OF NATHAN’S NOTES HERE