In this posting we pay tribute to Archie Green, the great scholar of laborlore (the study of the expressive culture of working people) who passed away in March at the age of 91.  Included here are his now out of print LPs “Work’s Many Voices” volumes 1 & 2 – a selection of labor related songs drawn from Archie’s collection of rare 45 rpm singles.  These songs span the years 1950-1985 and cover a number of musical styles including country, blues, Mexican corridos, Cajun and polka. To hear the 1st volume in its entirety, click the top play button.  Click here for the track list. Also posted here is a selection from Nathan Salsburg’s Root Hog or Die radio program, originally aired on East Village Radio, paying tribute to Archie by playing a bunch of recordings that were influential to him and that he loved.

Back in December I did a long (all afternoon long, he loved to talk) interview with Archie at his home in San Francisco.  It was a great conversation and there’s probably material in there for several episodes of DHR, so look out for that in the coming months.

Selections from Mother Jones, The New York Times and The Daily Yonder obituaries:

“Archie Green, a shipwright turned folklorist whose interest in union workers and their culture transformed the study of American folklore and who single-handedly persuaded Congress to create the American Folklife Center at the Library of Congress, died last Sunday at his home in San Francisco. He was 91… (NY Times)“

“Archie, as he was universally known, was a scholar of what he called “laborlore” – the expressive culture of working people. For five decades he studied hillbilly music and pile-drivers’ tales. He made inventories of  “tin men” – the showpieces of sheet metal workers — and analyzed sailors’ slang.  He recorded songs by millworkers and miners’ wives. Working on until just months before his death, he wrote countless articles, both academic and popular, and five books, including Only a Miner, his landmark study of coal-mining music… (Daily Yonder)”

“Born in Winnipeg to Russian Jewish parents in 1917 (Archie’s father apparently participated in the failed Russian revolution of 1905 and had to leave Russia), Green spent most of his childhood in LA. He attended UCLA and UC Berkeley for college, and spent the first part of his adult life building ships on the waterfront. But in 1959, he went back to school, and over the next few years earned degrees in both library science and folklore. He spent the better part of the ’60s and ’70s digging up and dusting off forgotten bits of what he called “laborlore”—legends, folksongs, and stories of individual workers. In 1976, he convinced Congress to pass the American Folklife Preservation Act and create the American Folklife Center at the Library of Congress… (Mother Jones)“

A selection from the liner notes:

“We affirm personal and group identity by various markers – birth, region, speech, belief, work – and we often describe ourselves by craft or calling.  One senses the pleasure and pain in labor by close experience.  One learns the uneven contours of other lives by listening to friends and strangers, as they describe how they make a living, or reveal trauma in the lack of work.

For centuries, folksong served to portray countless scenes of work, while functional chanties, narrative ballads, and lyrical statements of mood made everyday tasks bearable or memorable.  Hearing recordings and picturing songs such as “Away Rio,” “Wreck of the Old 97,” and “Dark as a Dungeon,” I turned to vernacular music upon learning the shipwrights trade.  Exploring formally the expressive culture of working people, I coined the term “laborlore.”

JEMF albums 110 and 111 open a laborlore multivolume set.  As well, these initial LPs form a “vocumentary” in reissuing previous records as oral/aural documents, an din commenting upong work’s complex meaning.  Here I have drawn 32 songs from 45 rpm disc (“singles”) produced between 1950 and 1985…”  To read the rest of Archie’s notes, click here.

See below for track information and more liner notes for “Work’s Many Voices 1 & 2”.

Obit from the New York Times

Obit from The Daily Yonder, “Archie Green: Called to Labor”

Obit from the American Folklife Center

See below for links to books, articles, films and records:

3 films made under the influence of Archie Green are available for viewing at www.FolkStreams.net:

Pilebutts: Working Under the Hammer – about the lore of piledriver operators who secure buildings and bridges to the earth.
Dreadful Memories: The Life of Sarah Ogan Gunning, 1910-1983 – about the miner wars of the 1930’s, includes essay by Green about Gunning.
Red Alexander: Shipwright and Folk Artist


Torching the Fink Books and Other Essays on Vernacular Culture
The Big Red Songbook: 250-Plus IWW Songs!
Wobblies, Pile Butts, and Other Heroes: LABORLORE EXPLORATIONS
Only a Miner: STUDIES IN RECORDED COAL-MINING SONGS 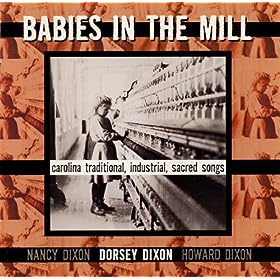 Track info for Work’s Many Voices Vol. 1
(Click to Enlarge)