Hello everybody – come on out to the Washington Square Park Folk Festival that I’ve been putting together the last few years, if ya can!  – Eli 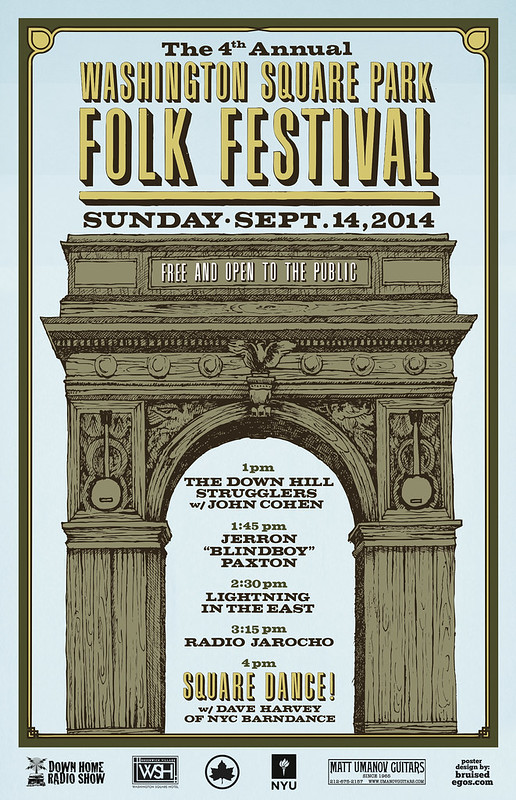 Organizers are happy to announce the upcoming 4th Annual Washington Square Park Folk Festival.  This festival is free and open to the public and is set for Sunday Sept. 14th, from 1-5pm.  The festival stage is located by the Garibaldi statue on the East side of Washington Square Park, seating will be provided.

This year the festival will feature blues music from Jerron “Blindboy” Paxton, two old time string bands; the Down Hill Strugglers, recently featured on the soundtrack to the Coen Brothers’ “Inside Llewyn Davis,” and Lightning in the East, featuring banjoist Steve Arkin, and Radio Jarocho playing Son Jarocho style music from the Veracruz region of Mexico.  The festival will close with a community square dance!  The dance is always great fun, and will be called by David Harvey of NYC Barn Dance.