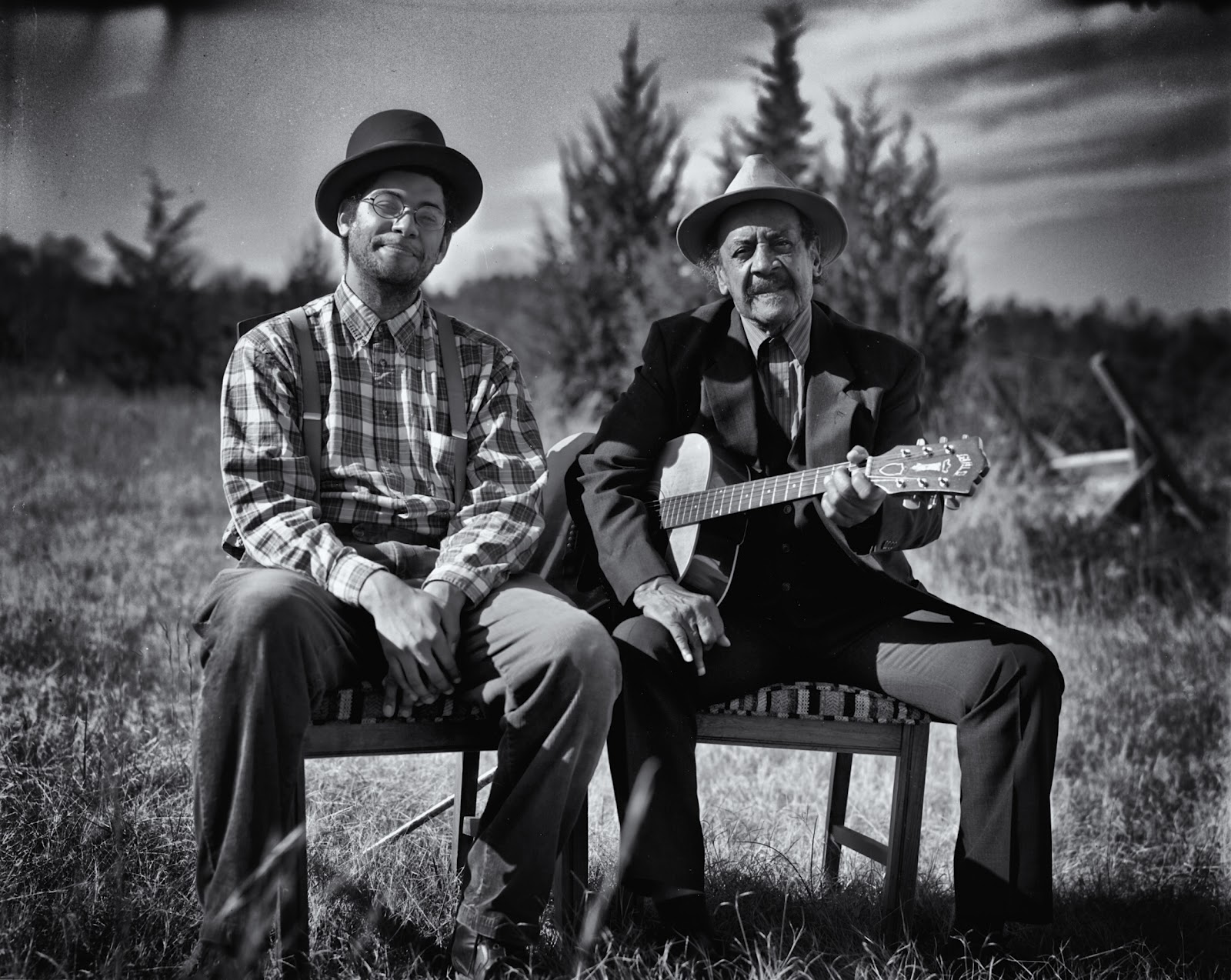 On today’s show I speak with Piedmont blues guitarist and singer Boo Hanks and multi-instrumentalist Dom Flemons of the Carolina Chocolate Drops.  They have a new album out on the Music Maker label entitled, “Buffalo Junction” and I caught up with them recently before their show at Joe’s Pub in Manhattan.

I speak with Boo and Dom about their influences, style and collaboration over the last several years.  We delve into Boo Hanks’ early history growing up on the Virginia – North Carolina border, the “Piedmont” area where his distinctive style of guitar comes from and where he was born 84 years ago.  Boo learned guitar from his father but was most attracted the style of Blind Boy Fuller and cites him as his primary musical influence.  Boo has worked as a farmer for his entire life, raising his many children on their family farm, and playing guitar for country dances and functions.  Over the past several years he has toured extensively, performing his excellent country blues music for audiences around the United States and Europe.

We thank our sponsor, the Old Time Herald Magazine – a magazine dedicated to Old Time Music.  Subscribe today at: www.oldtimeherald.org Hey everybody – just wanted to let you know about an event/conference that is happening at Appalachian State University in Boone, NC this week.  Its called “The Black Banjo Gathering.”  This is the second such gathering, the first happened back in 2005.  Its organized by folklorist Cece Conway and is meant to bring attention to the African-American roots of Old Time music.  My band The Dust Busters will be performing and doing workshops at this event, along with many many other performers.  Its gonna be a really great gathering of people.  If you live in North Carolina or can get there, this is definitely worth going to. – Eli

The Reunion will feature lectures, workshops, concerts panels, films, outreach sessions to Appalachian State students and to the surrounding communities.

Today Eli speaks with The Carolina Chocolate Drops, a great young African American string band hailing from North Carolina. They met at the Black Banjo Gathering in Boone, NC in April of 2005, an event meant to bring forward the essential history of African American string band music. Since then they have become a very successful group, gaining more and more fans as they relentlessly tour the country. Most recently they have appeared on the soundtrack of the soon to be released film, “The Great Debaters.”