This is a recording of the Roots ‘n’ Ruckus show, briefly mentioned in today’s New York Times piece, “The Sound Is Rural, the Setting Urban,” which takes place every Wednesday at the Jalopy Theater in Redhook Brooklyn. The recording here is from the show on 2/20/08.

This particular show had special guests! – Playing together were Peter Stampfel (of the Holy Modal Rounders and Fugs), Sam Shepard (the playwright and actor), Pat Conte (Otis Brothers, Secret Museum of Mankind) and Citizen Kafka. The show also featured Dom Flemons (of the Carolina Chocolate Drops) and many of the Roots ‘n’ Ruckus regulars: Down Home’s own Eli Smith (hope you enjoy my set!), Feral Foster, Jessy Carolina and Hubby Jenkins. This is a long show, running more than 2.5 hours. I’ve split it into 2 sections, see above. Peter, Sam, etc’s set starts at 31:00 minutes in the 1st part.

If you’re trying to figure out who’s who on the recording, the order of performances is as follows:

For more information check out the Folk Music In NewYork section of this page.

See below for more pictures:

Todays show features a selection of the original recordings which influenced Queens, NY based blues/pre-blues string band, The Otis Brothers. These guys have listened to a lot of music! An hours worth of their influences provide a listening pleasure and real education in early blues and stringband music captured on commercial 78 rpm records and field recordings. The picture of early blues music painted by a sampling the Otis Brothers influences is a remarkable one. There was so much more to play than there was time for on this one program, but hopefully this is a good sample. Be sure to check out the previous episode of Down Home Radio; an interview with the Otis Brothers.

Also, click the 2nd play button above to hear a mini episode featuring Pat Conte’s commentary on “The Lonely Cowboy,” the only song recorded by cowboy singer and musical singularity Arthur Miles, back in 1927. He sings, yodels, and then something else. Is it throat singing or humming and whistling?!? Hear what Pat Conte has to say, then you decide! 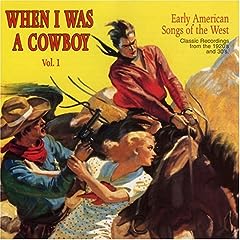 See below for a track listing from todays program as well as a list of recommendations on more music to listen to:

On today’s show I speak with The Otis Brothers, the amazing blues/pre-blues string band from Queens, NY. Pat Conte and Bob Guida, who form the Otis Brothers have been playing together since the mid 1970’s. They met in high school, where they sang field hollers while working out in the gym! Both Pat and Bob have amassed large collections of awesome old instruments and rare records. But as we discuss in the interview, they’re not collectors, they’re musicians in search of a very particular sound and feeling, and all the instruments and recordings and other objects are a part of how they undertake that search.

My good friend Ernesto Gomez and I journeyed out the end of the 7 train line in Queens where Bob picked us up. We went back to his place, Pat was there and we took a swim in his backyard pool, had some food and then went down into the basement for the interview. The whole basement area was filled with rare records, awesome old instruments, old pieces of recording and playback technology, comic books and weird art. We had a great time!

The Otis Brothers play a mix of blues, pre-blues, old-time and gospel music. All my favorite stuff! Look out for the second part of this episode- “The Roots of the Otis Brothers” coming up in a few days where I will play many of the original recordings that influenced Pat and Bob (as well as some fun surprises!).

Be sure to check them out live at the TenEleven Bar on Manhattan’s lower east side, on Sat. March 1st!